Salvaging the buildings and structures that define many of our cities and towns has come to be an important part of the work of design professionals. According to an AIA report, retrofitting, renovating, adapting, and remodeling existing buildings now accounts for almost half of U.S. architecture firms’ billings. While this is typical in an economic downturn, the current rates have remained steady since 2011 when they peaked after the last recession.

The desire, and the old building stock, is there, but with changes to building codes and dramatic lifestyle shifts over the decades, undertaking an adaptive reuse project or a retrofit requires mitigating many factors. Challenges bringing old structures into the present include ensuring compliance with today’s standards for sustainability, redesigning for working habits, and ensuring adequate daylighting. The reward, however, is the continuity of our design history that helps us maintain, and build upon, our community identity. The imaginative, sustainable designs are often a catalyst for the rebirth of old neighborhoods, bringing communities back to life.

The ProMedica headquarters in Toledo, Ohio, artfully revitalized by HKS, demonstrates that not only is this type of adaptive reuse socially and environmentally beneficial, it can be undeniably interesting and beautiful. The new offices, now home to the not-for-profit healthcare organization that operates 12 hospitals in Ohio and Michigan, took over the former Toledo Edison Steam Plant originally built in 1896 under the direction of renowned architect Daniel Burnham.

Having sat vacant since 1985, ProMedica acquired the property with two objectives: to create an open and collaborative work environment with a two-building campus for its 1,000-plus employees—and to revitalize downtown Toledo. With original brickwork, arched windows, and steel beams, the foundation was charming but required design and ingenuity to bring to modern standards. The team at HKS transformed the 78,000-square-foot facility by opening the space to create a four-story building and taking down one of the brick walls to expose views of the Maumee River through a 45,000-square-foot, three-story, glassed-in addition to connect to the plant.

“In keeping with Daniel Burnham’s use of light, volume, and architecture’s connection to and need of open space and landscapes, the expansion creates a dramatic ‘window’ toward the Maumee and Promenade Park without overpowering the existing structure,” said Anthony Montalto, principal at HKS.

The arched windows of the original plant complement the modern glass façade to help maintain the signature aesthetic of the structure. By outfitting the windows with IGUs fabricated with low-E glazing to improve energy efficiency, the glass transmits only 34% of the total solar energy while allowing 70% of visible light to pass through. This ensures adequate natural light while maintaining thermal comfort for employees and visitors. 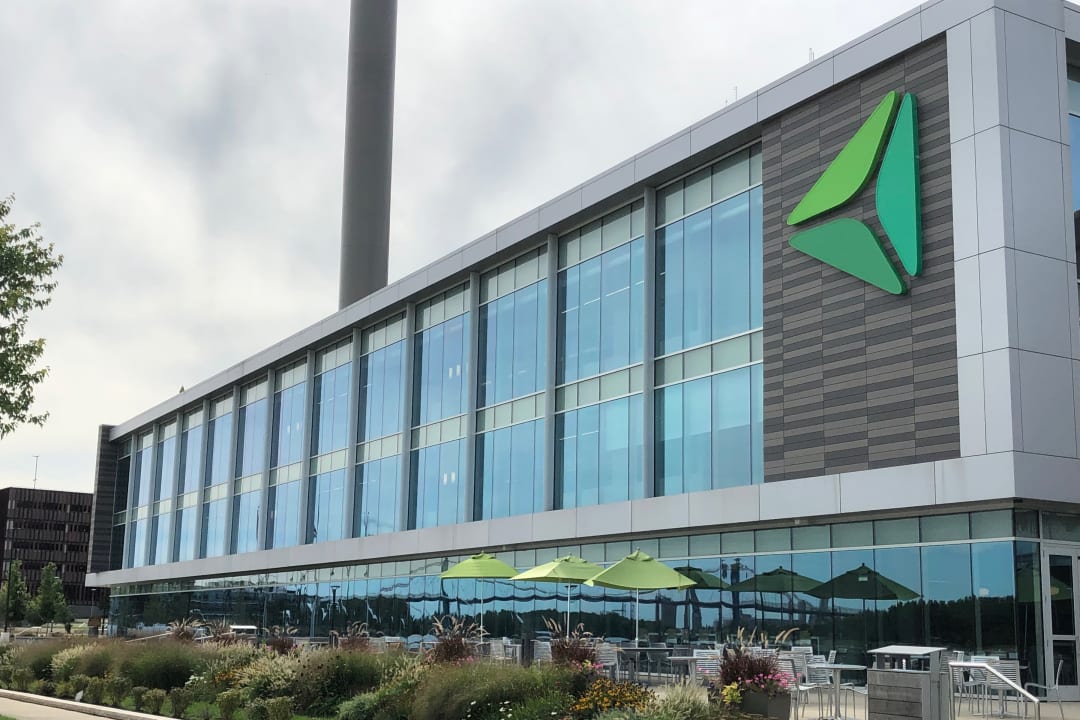 “ProMedica’s move represents the largest influx of jobs into downtown Toledo in decades,” Montalto added. “Building on this, HKS adapted a design approach that would demonstrate ProMedica’s commitment to Toledo’s community health and connect the company in a more transparent way to its city by celebrating the site’s heritage and history.”

The structure, along with the second building expansion that completes the campus, celebrates the site and the city’s history while providing a modern, comfortable, and unique workplace for the ProMedica team. What’s more, the campus is used for activities like public farmer’s markets and outdoor movie screenings that bring residents back to the city’s downtown waterfront. It connects the company to its community and the community to the waterfront, helping to revitalize a portion of downtown Toledo that sat abandoned for more than 30 years.

Stay in the know!

Our website has detected that you are using Internet Explorer. Microsoft no longer maintains IE, and recommends using Edge. Some features may not work as expected.For optimal performance and user experience, we recommend using a different browser. Update my browser now